Following the death of her father, Jean-Hippolyte Guignard, his daughter, Andrée set about establishing a non-profit foundation in his honour. The Foundation was launched on 22 November 2004 in Nyon.

Until 2019, most of the Foundation’s activity served to support the activities of the local cultural scene, in particular the art-therapy workshop run by the Fondation Vernand at Cheseaux-sur-Lausanne. It continues to do so, but from 2020, it concentrates more specifically on Outsider Art, now its principal vocation. Thus, every year since, it has awarded one or more Guignard Prizes, as well as lending its involvement to a number of pertinent national or international projects. The purpose of this approach is to encourage a range of productions of different types: artistic creations in the traditional sense, along with workshops, exhibitions, publications, films, etc., that are in some way connected with the artistic practices described by the generic term of Outsider Art: art standing beyond the frontiers of the norms and practices of institutional or Insider art.

The following explanation by Michel Thévoz, President of the Art Brut Steering Committee and previously curator of the Art Brut Collection in Lausanne, allows us a better understanding of what precisely is comprised in Outsider Art:

“The whole vast body of artistic production that has developed to the point of becoming reflexive since the Renaissance may be considered as insider. It is validated and perpetuated by the establishment network of museums, galleries, sale rooms and collectors and is characterised by an obligatory academic training and a formal hierarchy. In societal terms, it tends to be the reserve of a relatively privileged milieu.

Any artist deviating in some way from this framework can be considered outsider. At its most extreme pole, we find Art Brut, whose artists are not only foreign to the artistic institution, but also beyond the pale of its culture and societal environment. Along with this, we find other, more relative deviations such as Neuve Invention (new invention), naïve art, children’s art and others which also belong to the outsider domain.

It transpires that the market has, for some years now, taken an interest in Art Brut, investing it with an unexpected commercial value — paradoxical in that by speculating on its marginality it manages to actually reinforce its definition.

It goes without saying that, in this distinction between insider and outsider, no value judgement is, nor should be, drawn: genius and insignificance is to be found on both sides.”

Jean-Hippolyte Guignard (1905-2000) expired with his century. A well-known figure in the town of Nyon, he was by profession an architect, responsible for many buildings in Nyon and its hinterland, He took part, for example, in the constructions of both Nyon Hospital and the secondary school at Marens. He also played as part in the public and political life of the commune. Following his retirement, however, he started to paint and continued to do so for more than twenty years.

In 2020, an exhibition at the Château de Nyon presented a selection of his painted works. A book in his honour was published for the occasion and available to the public. The whole text can be downloaded here: PDF 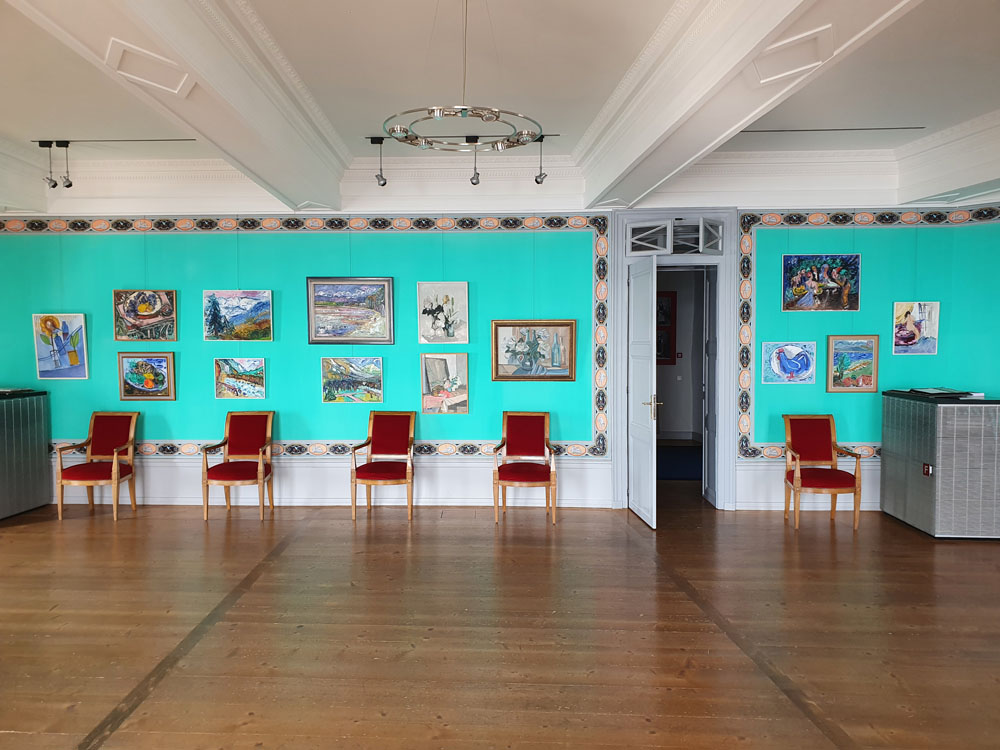 The writing of the accompanying text, outlining the artist’s life and work, was entrusted to the art Historian Laurence Chauvy. The following is an extract from that text:

“Absolutely mad about painting, or at least mad enough to dedicate innumerable hours over the last twenty to thirty years of his life to its practice, Jean-Hippolyte Guignard bequeathed a secret – in the sense of something never publicly revealed – endearing and indeed sometimes striking body of work. The liveliness of the colours combined with the energy of expression constitute a hidden face of the otherwise rather austere architect, an advocate of rigorousness and order. As to his themes? Landscape for the greater part, but a landscape lived in not so much by human figures as by those metonymies of human presence that, through their inhabitation, are figured by their houses. The artist-architect seems to have never left his profession entirely behind. Of course, Guignard also invested importance in his still lifes: graceful, indeed elliptical, flowers mounted on their straight stems, or, more mature, slumping beneath their wilting weight around their vase; fruit clustered in a bowl whose outline constitutes a frame within the frame; white corollas and blackish leaves; all carefully calculated harmonies enabling a fleeting encounter with whisps of dreaming (dreams of sobriety and opulence mixed, as well as a certain financial security). But this notwithstanding, the painter’s great cause was always landscape, not by a merely numerical measure only, but also if we pay attention to the acuity of his vision and expression.

Coming back again and again to his theme, to the same organisation, the layering of a succession of grounds and levels, with a differentiated treatment for each of the areas thus delineated – sky, lake (or sea), vegetation – the manner in which the trees structure the composition, he yet manages to surprise us, providing us he does so with a number of genuinely exceptional works. Wisdom strives with recklessness in Jean-Hippolyte Guignard: the builder and the breaker, the respecter of convention and that other painter, who, alone in his studio, could not care less about the rules and regulations. He has no interest at all in belonging to some group, neither in following, nor (better still) in leading some movement. Nor does he have the slightest interest in being an artist of his time; he is enough content with his own audacities – even admiring them without false modesty or pride.” 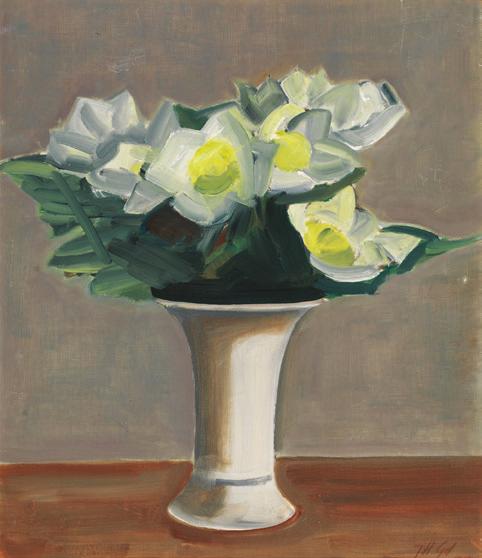 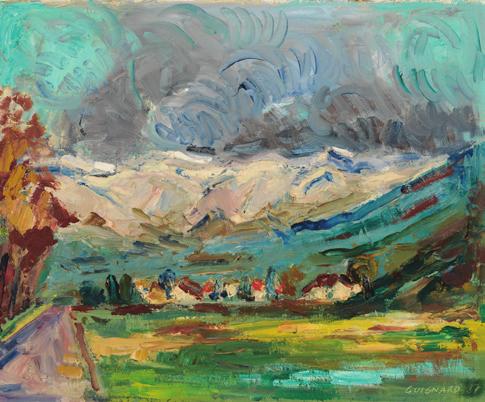 The Guignard Foundation’s graphic identity is founded on a meditation on modes of writing – by hand, invented, graphical, digital, collective, secret, by various hands, etc.. The resulting identity project’s aim is to constitute a compendium of the written forms of everyone involved with the foundation, not only the graphic designers commissioned to create the identity, but also the artists it supports, as well as the people involved in it. It is hoped that it will come to constitute a sort of typographical heavenly body, accumulating over time that will serving to problematize issues of hierarchy, expertise, knowledge, norms, conventions, habits, readability, etc..

The identity’s two basic typographical fonts are Coconat – which you are now reading – designed by Sara Lavazza and whose slightly flared calligraphic design displays unconventional curves, and DINdong designed by Clara Sambot, which is a “dodgy” reinterpretation of the DIN font, subversive of its “normal” and normative characteristics. The two fonts are published under free licence, which implies that they may be freely modified and that these new variants may then also be freely shared. In this way, such free fonts form part of an ecosystem favourable to open and collective projects.

As time goes by, hand-written letters will be added to the logo and the fonts.