← Back to the prize winners

Pierre Aebischer is a native of Montagny in the rural region of the Broye, in the canton of Fribourg, where he still resides. He began painting – while at the same time producing films of his work and his apartment – in 1972. He is particularly interested in hypnogogic forms (referring to the liminal state between sleep and wakefulness) and colour. PDF in French

He has created a monumental piece (450 x 846 cm) entitled “Generic”, in felt-tip pen on twenty-seven sheets of photographic paper. He has also produced a series of black and white hypnogogic drawings, which he then assembled as a group.

In Aebischer’s case, the Guignard Prize took the form of the purchase of “Generic”, which it undertook to restore and then mount on panels. Currently exhibited in the barn of the Tilleuls Farm in Renens, from 6 to 23 May 2021, the work will subsequently be donated to the Art Brut Collection in Lausanne. 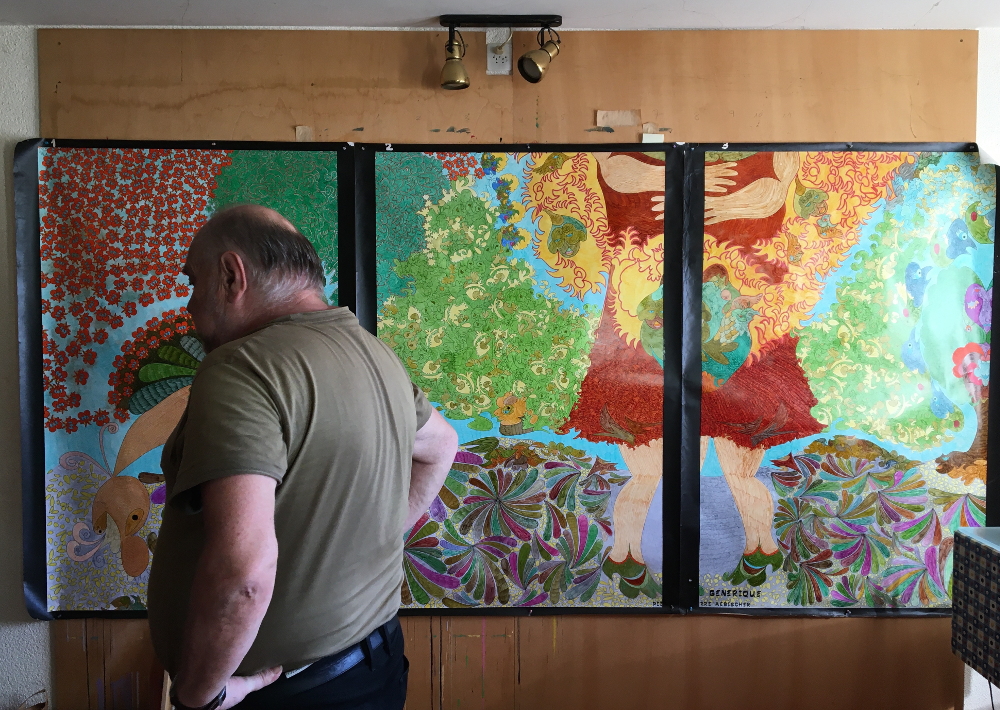 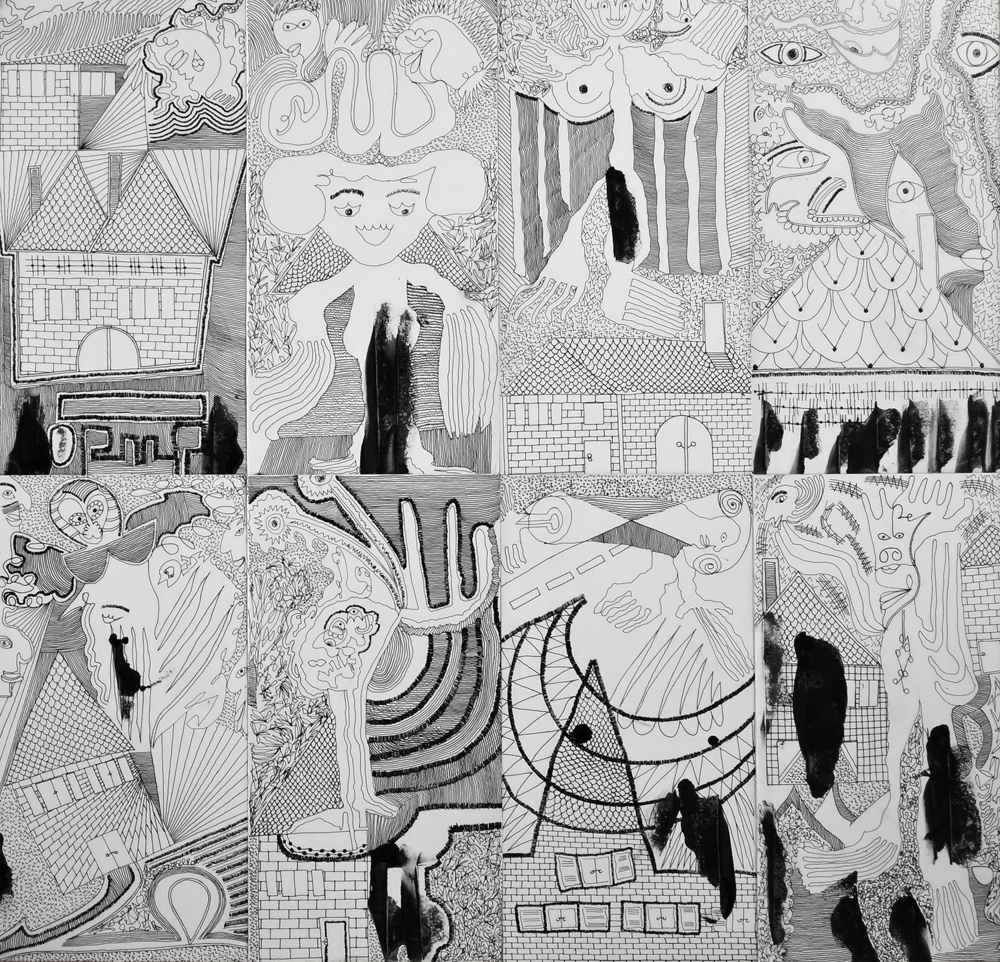